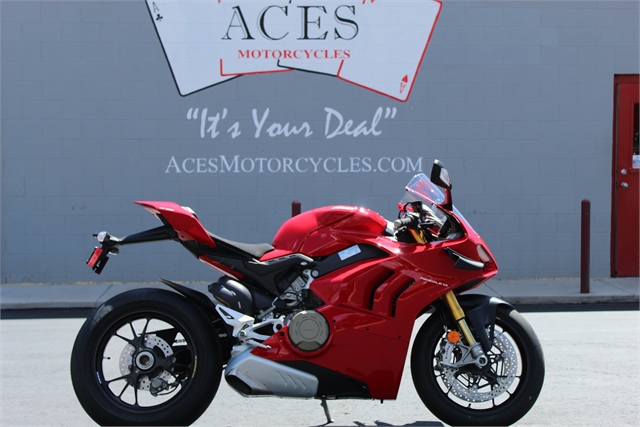 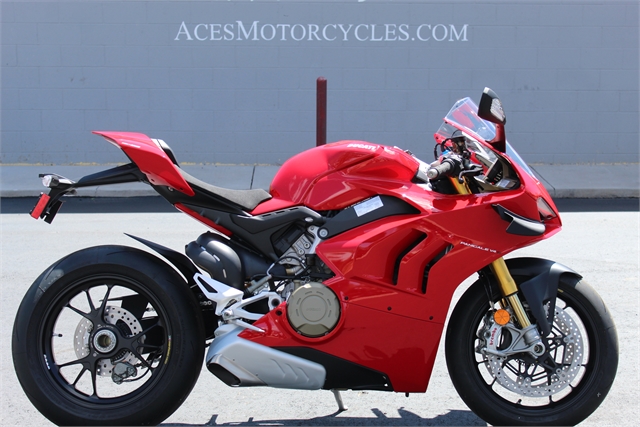 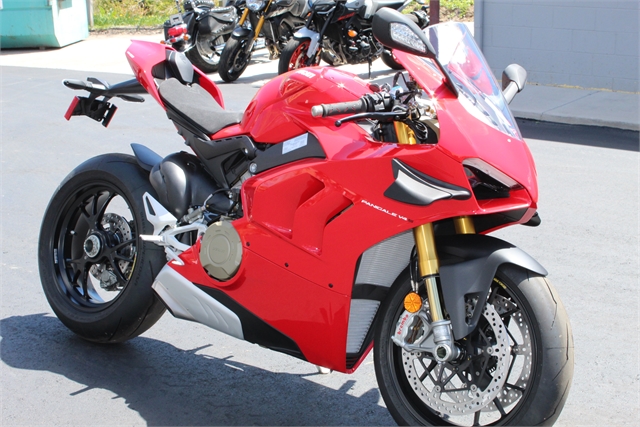 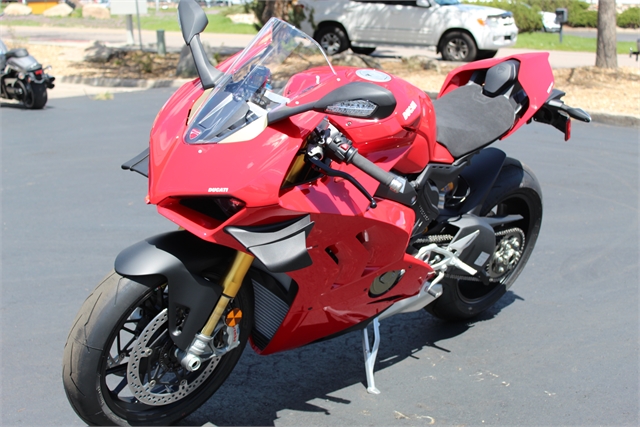 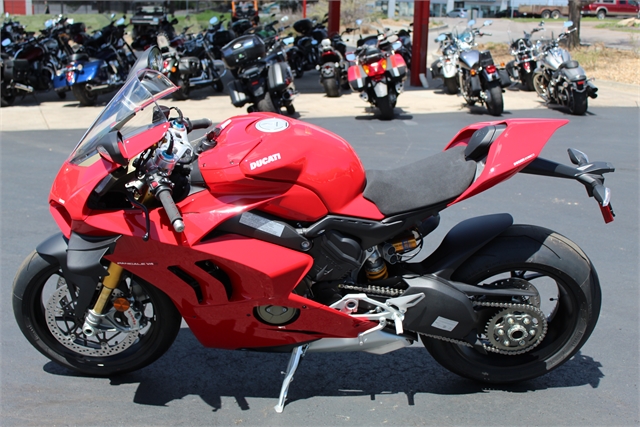 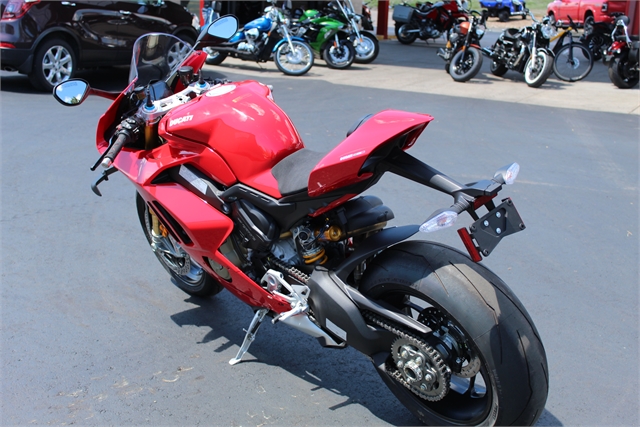 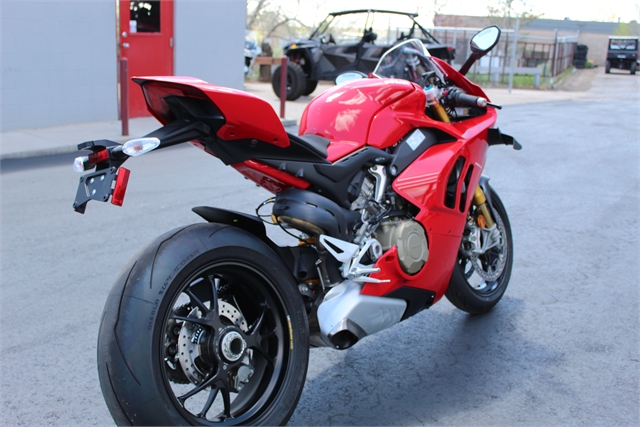 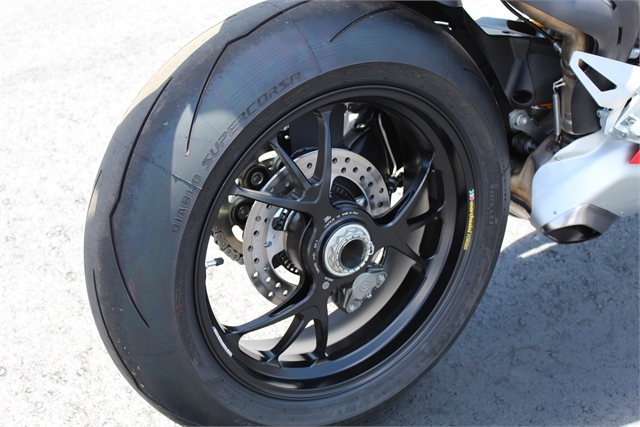 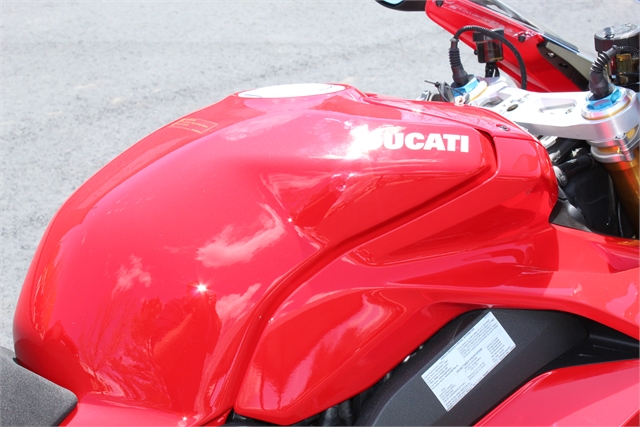 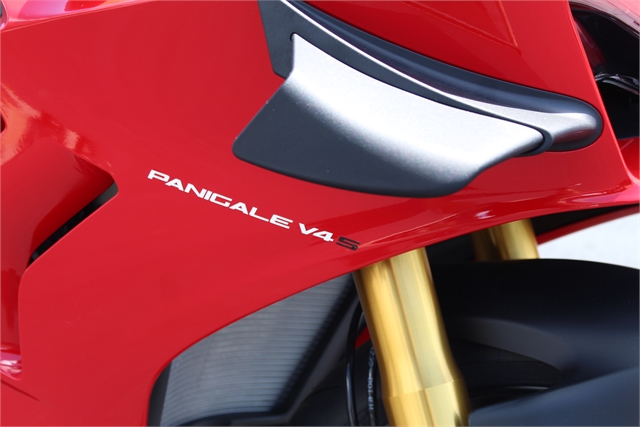 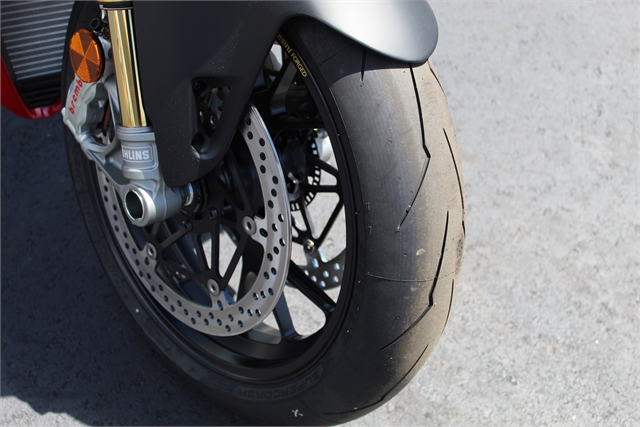 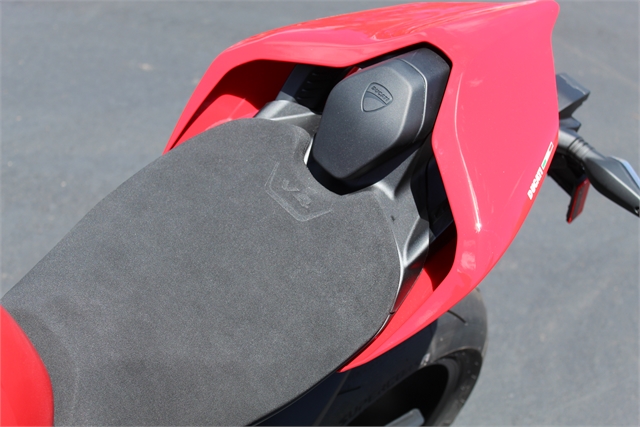 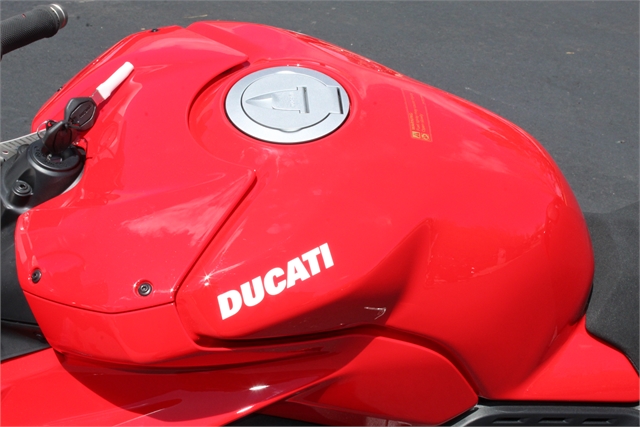 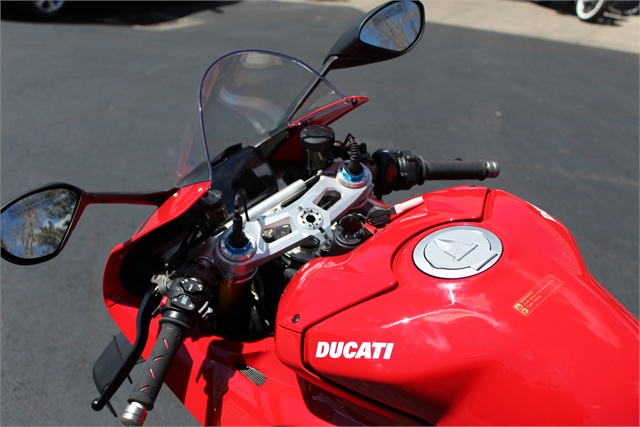 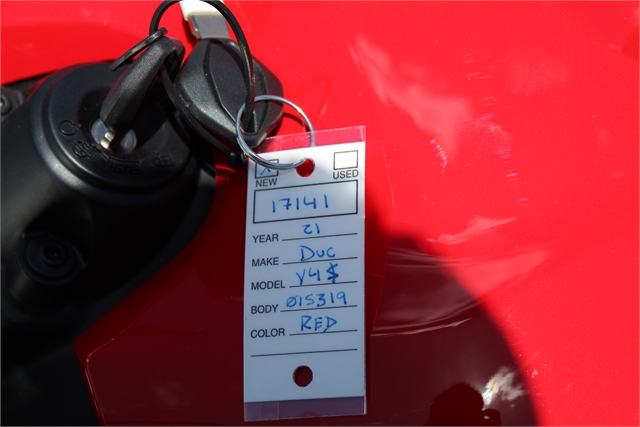 178 people have recently viewed it.
Description

PANIGALE V4S
The Science of Speed
The 2020 version of the Panigale V4 boosts performance even further and takes track riding to the next level for amateurs and pros alike.
A series of refinements make for an easier, more user-friendly, less fatiguing ride while simultaneously making the bike faster not just on individual laps but over entire timed sessions. The Aero Pack provides enhanced airflow protection and improves overall vehicle stability, enhancing confidence. The Front Frame, instead, modifies stiffness to give better front-end 'feel' at extreme lean angles.
Ducati and Ducati Corse engineers have crunched the feedback/data numbers from customers all over the world and Superbike World Championship events. Their analysis has led to a series of aerodynamic, chassis, electronic control and Ride by Wire mapping changes: designed to increase stability and turn-in speed, these changes make it easier to close corners and ensure riders enjoy more confident throttle control.
2020 product improvements make the new Panigale V4 faster on the track than its 2019 predecessor. Riders of all skill levels will see the difference. During development on a test ride at the Vallelunga circuit, both an amateur rider and professional rider Michele Pirro benefited from the 2020 improvements with the amateur rider going 1.3 seconds faster and Michele Pirro shaving 0.4 seconds off his time.
The S version comes with Öhlins event-based electronic control; this uses the second-generation Öhlins Smart EC (Electronic Control) system that, exploits the full potential of the IMU 6D.

V4 90° layout
The Panigale V4 is powered by the 1,103 cc Desmosedici Stradale (banked 42° back from the horizontal), a MotoGP-derived 90° V4 with Desmodromic timing, a one-of-a-kind engine featuring a counter-rotating crankshaft and Twin Pulse firing order. The engine can deliver 214 hp at 13,000 rpm and a torque of 12.6 kgm at 10,000 rpm, making for awesome road riding.

MY2020 changes
Major changes on the Panigale V4 MY2020 chassis have seen the introduction of the Front Frame. Built according to Ducati Corse specifications, the latter features a special suspension set-up with a higher barycentre, an increased chain pull angle and improved use of suspension travel. Thanks to these modifications, the bike is easier to lay into the corner when you ease off the brakes, gets to the apex faster, soaks up any pits or ripples more effectively and behaves more neutrally out of the corner.

Latest-generation electronic controls
The Panigale V4 features a latest-generation electronics package based on a 6-axis Inertial Measurement Unit (6D IMU) which instantly detects the bike's roll, yaw and pitch angles.
The electronics package oversees every aspect of the ride: some controls supervise start, acceleration and braking, others govern traction and others again lend a helping hand on corners and out-of-the-corner stretches.

The operational parameters for each of these controls are associated by default with the three Panigale V4 Riding Modes. Riders can personalize parameters to suit their riding style or restore Ducati factory settings. DTC, DWC, DSC or EBC control levels can be adjusted quickly via the left switchgear.